I woke up pretty early and did some more research trying to figure out how we were getting from San Diego to Phoenix, where we would be meeting a friend to travel to the Grand Canyon. Luke and Steve went off to work, and Paul, Carlos and I went out to breakfast. Carlos took us to this really good breakfast spot. Yum.

After breakfast, Carlos took us site seeing a bit. We stopped along the bay at this cool spot. We posed for a success picture along the bay as we had conquered the USA 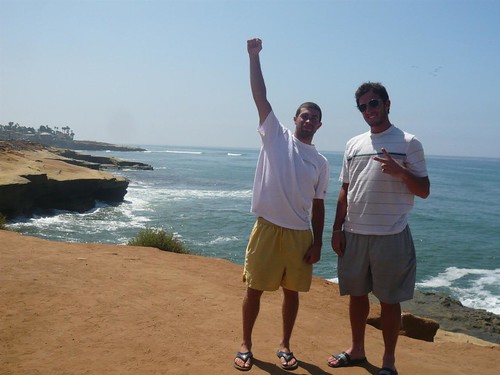 , and then went up to Cabrillo National Monument 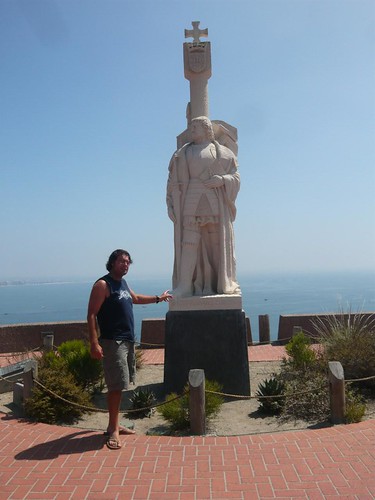 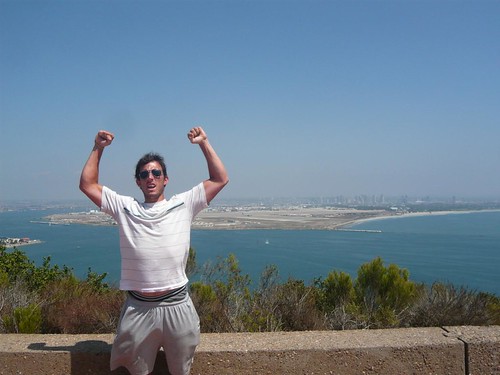 with some great overlooks over the city. Before sailing, we went down to one more spot that was on the ocean. Carlos's car began overheating, so we let it sit with the hood up, while we checked out one of his favorite spots. The pictures will not do it justice, but knowing this in advance, I took about a thousand. 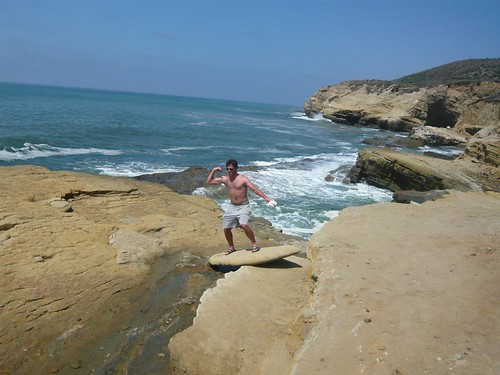 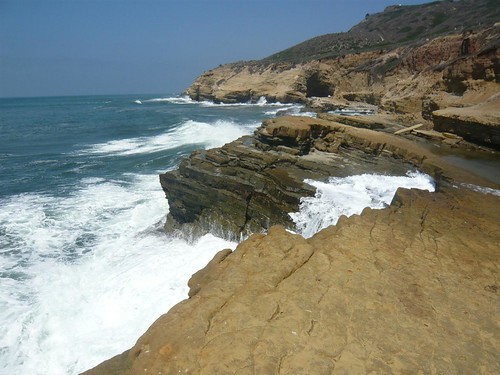 After that, we got back in the car. It quickly overheated again, and Carlos said that he would have to head home and we would miss out on the sailing trip. It was unfortunate, but seemed like the right thing.

At the last minute, after we had already started heading back, he turned around and said screw it. It was time for sailing. 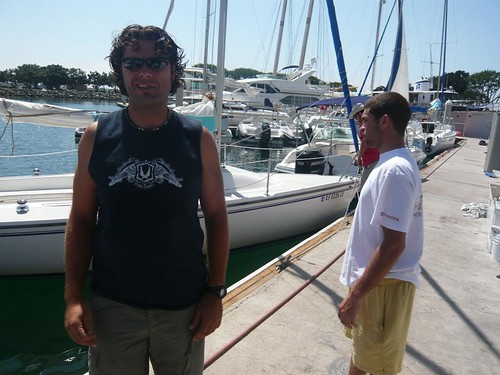 Carlos took us out in the San Diego Bay around Coronado Island. We were out for 2 hours or more, just enjoying the sun and perfect weather. Carlos taught Paul and I all about how to swing the boom and jib and this and that. Paul and I did our respective jobs of keeping the ship afloat

It was an absolute blast, and I hope to be able to do it again next summer.

When we got back, I noticed an email on my phone. It was someone offering a ride to Phoenix from San Diego on Friday, when we needed it! Sweetness. I called the emailer, Kelly, and she confirmed that it was going to happen. Perfect, everything worked out. Notice a theme here?

Carlos's car survived the trip back safe and sound. Paul and I hung out with Cody and his dog Suzy for a while. When Luke and Steve returned it was football, football, football, so Paul and I went to grab some food with Carlos. They had been talking about how good the Mexican was (my favorite) as we were about 10 miles from the country, so he took us to one of their favorites. We rode there on the bikes. I got a Vegan burrito that was delicious.

When we came back, the guys were watching 300. What a shock… I think every football fan worships that movie. It's a decently long movie, and by the time it was over, I was pretty tired. Time for bed. We were really enjoying San Diego, and now that we had a ride to Phoenix we were truly relaxing.