I got up early and headed into a coffee shop hoping for some wireless. I chose the only one in America that doesn't have internet access. I wrote a blog while enjoying a smoothie that I bought. It was a very small town, one of those places where everyone knew each other. They had no problem completely ignoring me in the corner, which was fine since I was actually able to write a complete blog. Is it weird talking about completing a blog, while writing a blog?

After I finished I headed outside, and Paul came in to get some stuff. By this time, it was late enough for people to be on the beach, so our hidden spot at night, was an entirely visible eye sore. It felt a little weird packing up our stuff here, but we had no problems, and certainly no self-respect left on the trip to worry about.

Once we got on the road, after about 10 miles, I began snapping pictures of this warm thing that was peeking out from behind the clouds. 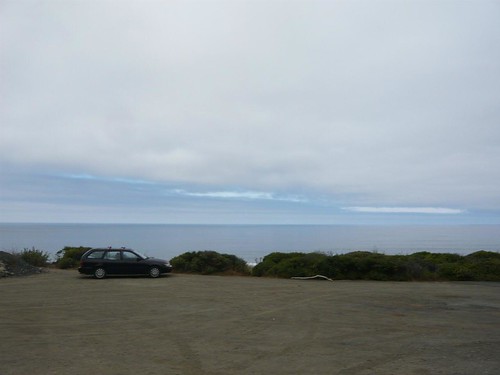 I forgot what it was called at the time, but after another 10 miles, it came all the way through, and I remembered… the sun! 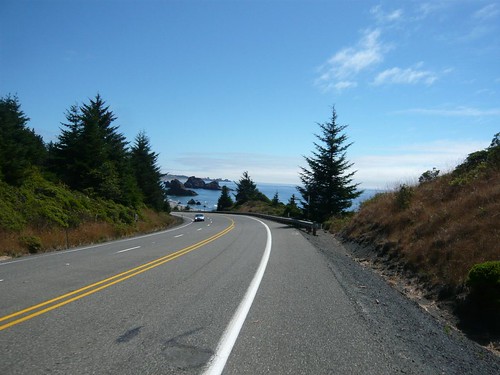 I remember talking about how we could imagine how ancient religions worshiped the sun. We weren't far from it.

We stopped in a town called Gold Beach at a market. We got some food and soaked up the sun out front on the sidewalk in front of the parking lot. We took out the tent and dried it out in about 5 minutes from the beating sun. What a beautiful thing. A couple of "exotic", young ladies came up and asked if they could sit with us. Of course. They were from Brookings, the last town that we would hit before the great state of California. They were preparing for a hitchhike to New York City the next week. They were an interesting couple, and I do mean couple. They very nice, and were certainly good entertainment for our ephemeral stay in Gold Beach.

We hit the road with the sun still shining. What a feeling. After a while, we caught up to these kids who we had seen earlier in the day riding south (like the rest of us). Turns out they had started in northern Oregon, and were finishing their tour that day at the border. One of them will be playing hockey at Johnson and Wales in Rhode Island. Cool.

Once we got into Brookings, we could smell the California border… it was only 6 miles away. We bought some wartermelons at a Safeway, and hung out for a bit while I tried unsuccessfully to get online.

Anxious to get into Cali, we got back on the bikes, and headed to the promise land. The Oregon bike path signs stopped right before the final turn back onto the 101. Lame. We navigated just fine despite their attempted deception, and soon enough were at the border. Paul and I left our mark on Oregon 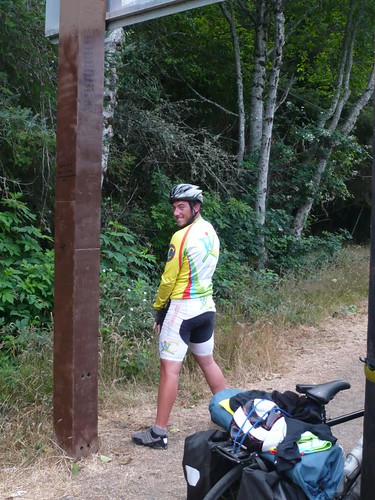 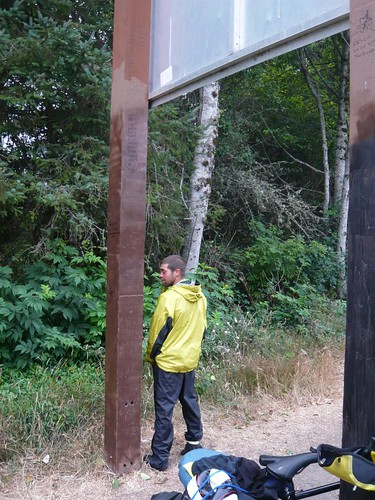 , and greeted sunny California with some affection. 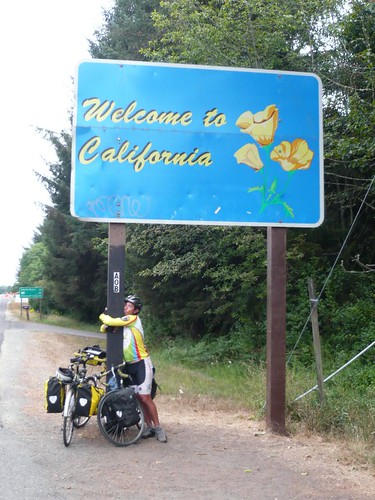 We had about another 20 to Crescent City, the first actual town over the border in Califronia. Lovely. I couldn't contain my excitement, and ending putting a good distance in between Paul and myself. By the time he got into town, I had the computer setup and was online camped out in front of a pizza hut. When he arrived, we decided to eat there.

Get this. I asked a worker if I could plug in my laptop to charge it. She said, I don't know, let me get my manager. Really, is this a managerial level decision? Then the manager proceeded to tell me they didn't have a website and asked if I needed a phone line, which I decoded as him meaning they didn't have a wireless router. Let's back it up, I'm just trying to plug in my computer to charge it. And, no I'm good with the phone line, it's not 1997. After we settled that debacle, we were pleased to see that the opening ceremonies for the olympics were on the tv. 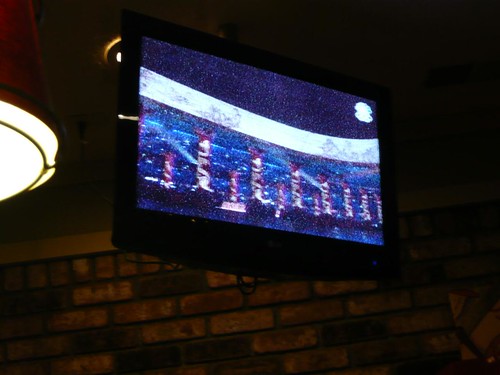 We ended up watching the whole thing, while I was online. We were there for a few hours.

It was quite late by the time we left, and we were in need of a place to crash. After deciding to pass up some crazy, yet generous bum who offered "his place" we headed down the road slightly out of town. We found a nice little beach front area that was decently protected from plain view, and called it a night there. We hadn't learned our lesson from the previous, messy beach spot, but it was hella (atrocious California slang) comfortable .

Another free night on the beach in sunny California. Wait, what… we are in California. It still hadn't sunk in, and had been 3 years since I had been there. I went, went back, back to Cali, Cali. Goody, so much to do, so much to see.